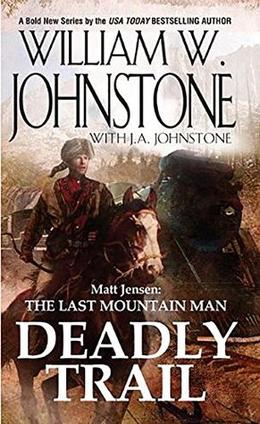 William W. Johnstone's breathtaking Mountain Man series set the standard for Western adventure. Now, a new saga begins, as Matt Jensen, the adopted son of Smoke Jensen, blazes a name for himself on the lawless frontier.  .  .


The Way Of The Gun

He'd done the old man proud. By leaping into the path of danger, Matt Jensen foiled a train robbery in Colorado, and the governor himself presented him with a public reward. But what started on the rails has stayed on the rails--and taken on a life of its own. Now, a frustrated outlaw and his murderous posse have struck again--this time kidnapping the governor's niece. With the power of the law behind him, Matt Jensen, the last mountain man, is riding toward a town called Braggadocio. That's where Matt will learn how to put a bad man down--and to make sure he stays that way.  .  .