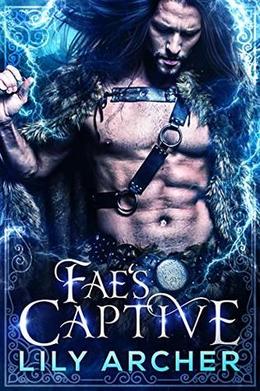 My college roommate is the worst. Cecile steals my food, brings guys over at all hours, and parties instead of studying. But those quirks pale in comparison to what she does next. She drugs me, and I wake up imprisoned in an alternate universe full of terrifying creatures. Now, the biggest and scariest creature of all--a fae king--believes I'm his mate. He's freed me from the dungeon but keeps me close. So close, in fact, that I'm beginning to like his wintery gaze and ice-chiseled body. But secrets and villains lurk throughout this new world, and I don't know if I'll survive long enough to figure out how to get back home.
Author's Note: Fae's Captive is the first book in a series that will set your imagination--and other parts of you--on fire. Mind the cliff, but book 2 is already out.
more
Amazon Other stores
Bookmark Rate Book

All books by Lily Archer  ❯