Waiting For You (McKinney/Walker Brothers #2) 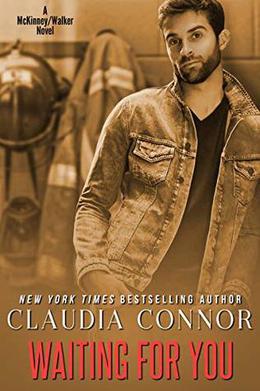 When ER nurse Nora Sellers is hurt in a hospital scuffle, firefighter Zach Walker blames himself. Blaming himself is nothing new. He’s been blaming himself for years for the trauma his baby sister endured as a teenager. Though with his happy–go–lucky attitude no one would know it. He’s good at his job, he’s a good brother, and a good friend, but Zach decided long ago he wasn’t husband and father material.

Even so, when Zach learns Nora is a single mother with a house that needs his help, he can’t walk away. After a few days with Nora and her ten month old son, he knows he doesn’t want to.

But Nora’s wary. She learned at a young age that the only person she can count on is herself. Now with a baby, a job, and a fixer–upper house, the last thing Nora wants is a sexy firefighter, making her heart flutter. But Zach is more than what he seems, and the more she gets to know him the harder he is to resist.

She’s been brave all her life. Can she be brave one more time and take a chance of a lifetime with her heart?
more
Amazon Other stores
Bookmark  Rate:

'Waiting For You' is tagged as:

Similar books to 'Waiting For You'

All books by Claudia Connor  ❯

Buy 'Waiting For You' from the following stores: