Nothing Without You (Forever Yours #2.5) 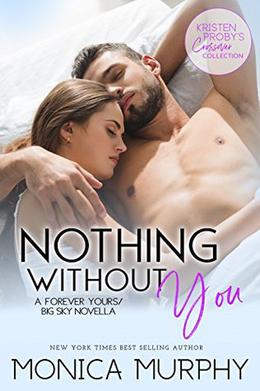 Designing wedding cakes is Maisey Henderson’s passion. She puts her heart and soul into every cake she makes, especially since she’s such a believer in true love. But then Tucker McCloud rolls back into town, reminding her that love is a complete joke. The pro football player is the hottest thing to come out of Cunningham Falls—and the boy who broke Maisey’s heart back in high school.

He claims he wants another chance. She says absolutely not. But Maisey’s refusal is the ultimate challenge to Tucker. Life is a game, and Tucker’s playing to win Maisey’s heart—forever.

'Nothing Without You' is tagged as:

The 'Forever Yours' series

Similar books to 'Nothing Without You'

All books by Monica Murphy  ❯

Buy 'Nothing Without You' from the following stores: