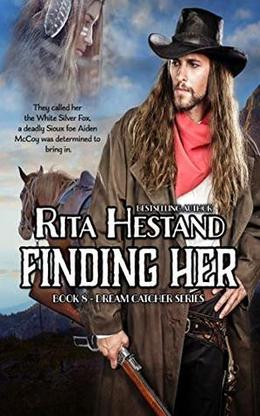 Aiden McCoy, a scout for the U.S. Army at Ft. Ellis Montana was commissioned to find and bring back the White Silver Fox.
Assured that Major Marsh would not harm her, Aiden set out to find her. It was only one of his missions. The other mission was to find Mr. and Mrs. Winter's three-year-old child that was captured by the Sioux. He'd be all winter hunting the Black HIlls to locate the Sioux camp. That is until Lucy (the White Silver Fox) fell out of a tree right into his lap. Trouble was Aiden had feelings for Lucy, always had, and he wasn't about to let Major Marsh or anyone else harm her, but that would prove his hardest job of all!
more
Amazon Other stores
Bookmark  Rate:

'Finding Her' is tagged as:

Similar books to 'Finding Her'

Buy 'Finding Her' from the following stores: