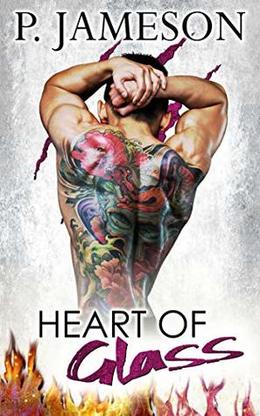 They call him Skittles because he inks his body with the colors he can't see. Enough colors to tell a story. Like a stained-glass window, the light only shines through when there is darkness. He needs darkness, and she comes to him as a photo of broken captive woman. But he will find her, and he will fix her. And perhaps... she will heal him too in the process.

They call her Seven, a title given to her by the crime lord holding her captive. It's meant to strip her identity and make her a possession instead of a person. But she remembers who she really is, and she knows the Firecats are coming for her. When they do, she will have her revenge on the ones who wronged her. As long as the one called Skittles doesn't derail her plans with his careful attention. Attention she craves.

Can a fire breathing werecat show her a different future awaits her after freedom? Nothing is sweeter than revenge, they say. But maybe it's only because they've never tasted the rainbow.
more
Amazon Other stores
Bookmark  Rate:

'Heart of Glass' is tagged as:

Similar books to 'Heart of Glass'

Buy 'Heart of Glass' from the following stores: