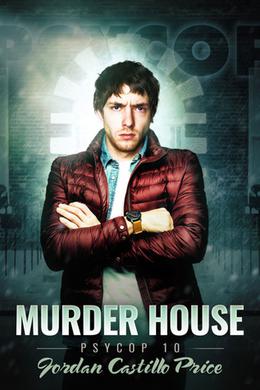 Victor Bayne has survived demons, ghosts and repeaters. But can he survive a murder house?

Few people would willingly spend the night in a murder house, but Victor Bayne is up for the challenge. He’ll do whatever it takes to get a look at his permanent record, including going undercover in a townhouse where a recent death took place. Why not? There was no foul play involved, and as a psychic medium, he’d know if a ghost was creeping up on him. The whole “murder house” claim is just a product of a kid’s overactive imagination, and he’s confident he has the situation under control.

Until he gets a load of the smell.

Turns out, undercover work is a lot tougher than it looks. Vic misses Jacob something fierce. The subject of his assignment is a real piece of work. His partner has definitely got something to hide…and then the investigation takes a truly bizarre turn.

What happens if the murder house reveals itself to be more than just a schoolyard rumour?
more
Amazon Other stores
Bookmark  Rate:

'Murder House' is tagged as: