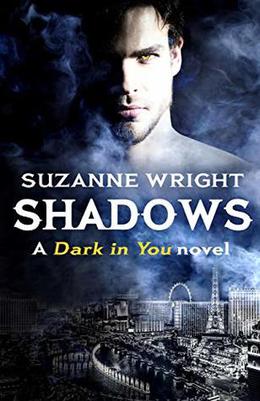 A match made in hell?

Devon and Tanner fight like... well, cats and dogs. Which, to be fair, makes sense since hellcats and hellhounds aren't exactly a match made in heaven. Unfortunately, their demons' antipathy towards each other is matched only by the red-hot sexual tension between Tanner and Devon. It's driving them - and their long-suffering friends Harper and Knox - mad.

When Devon is nearly kidnapped, Tanner's protective instincts kick into overdrive - he's sticking by her side, day and night. But staying so close means their hunger can no longer be denied - they know their demons won't accept the match, but after one red-hot night they'll fight to stay together for as long as they can. But shadows are gathering around them - Devon's would-be kidnapper is still on the loose, a serial killer carrying rage from a twisted past threatens the lair - and most of all, Tanner and Devon are losing themselves to the heat between them. When this relationship goes up in flames, it could be a blaze that neither of them can walk away from . . .

'Shadows' is tagged as:

Shadows
Shadows
(Dark in You #5)

Buy 'Shadows' from the following stores: