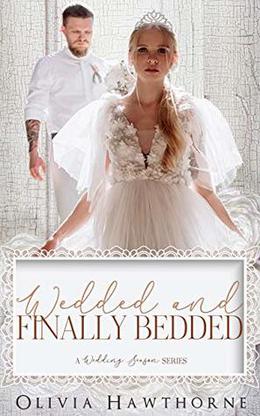 Princess Sarah I needed a husband.

Or should I say my kingdom of Bosnovia needed a royal wedding to stir up tourism and bring in enough money to replenish the royal coffers.

The problem was that I picked at random out of a book of bachelors, and the man I picked was a coarse American bad boy with tattoos and a beard and no clue how to exist in this strict, regulated world of mine.

I never used to like tattoos and men with rough edges, but I am beginning to...

But how do I tell him I might want to make this wedding official after the way I've treated him?

Vincent Othello I needed a wife.

If I wanted to take over our family's multi-billion dollar business empire, not that I really wanted to.

I enjoyed my lifestyle of partying hard and playing harder, a new woman in my bed each night and no cares in the world as long as the money kept coming in.

My parents were going to put a stop to the money if I didn't grow up though, and they set their sights on getting the Othellos a royal title.

The problem was that when I saw Princess Sarah, I fell for her. And I fell hard.

Her look of disgust let me know where I stood though, so I went through with the sham wedding in name only.

But what happens when I can't stop thinking about her?

And needing her in our marriage bed?

Will I ever be able to convince her to say yes a second time?

Something old,
Something new,
Will you say “I do”?
Fourteen best-selling Flirt Club authors are headed down the aisle with a new collection of steamy, sweet stories!
more
Amazon Other stores
Bookmark Rate Book

Buy 'Wedded and Finally Bedded: A Wedding Season Series' from the following stores: