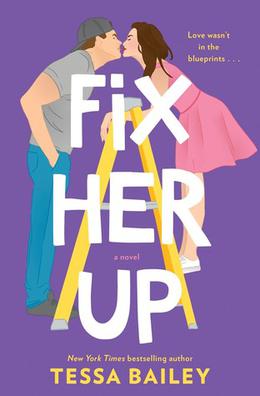 After an injury ends Travis Ford’s major league baseball career, he returns home to start over. He just wants to hammer out his frustrations at his new construction gig and forget all about his glory days. But he can’t even walk through town without someone recapping his greatest hits. Or making a joke about his… bat. And then there’s Georgie, his buddy’s little sister, who is definitely not a kid anymore.

Georgette Castle has crushed on her older brother’s best friend for years. The grumpy, bear of a man working for her family’s house flipping business is a far cry from the charming sports star she used to know. But a moody scowl doesn’t scare her and Georgie’s determined to show Travis he’s more than a pretty face and a batting average, even if it means putting her feelings aside to be “just friends.”

Travis wants to brood in peace. But the girl he used to tease is now a funny, full-of-life woman who makes him feel whole again. And he wants her. So damn bad. Except Georgie’s off limits and he knows he can’t give her what she deserves. But she’s becoming the air he breathes and Travis can’t stay away, no matter how hard he tries...
more
Bookmark Rate Book
Amazon Other stores

Similar books to 'Fix Her Up'

Buy 'Fix Her Up' from the following stores: