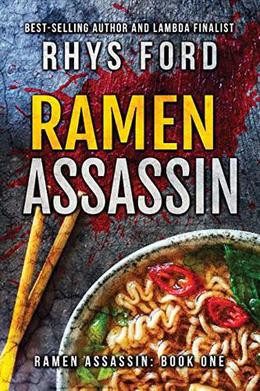 When life gives Kuro Jenkins lemons, he wants to make ponzu to serve at his Los Angeles ramen shop.


Instead he’s dodging bullets and wondering how the hell he ended up back in the black ops lifestyle he’d left behind. After rescuing former child star Trey Bishop from a pair of murderous thugs, he reluctantly picks his guns up again. It seems trouble isn’t done with Trey, and Kuro can’t quite let go… of either danger or Trey.


Trey never denied his life’s downward spiral was his own fault. After stints in rehab, he’s finally shaken off his Hollywood bad-boy lifestyle, but not his reputation. The destruction of his career and relationships was epic, and no one trusts anything he says, including the LAPD. When two men dragging a dead body spot him on a late-night run, then try to murder him, Trey is thankful for the tall, dark, and deadly ramen shop owner not just for rescuing him, but also for believing him.


Now caught in a web of murders and lies, Trey knows someone wants him dead, and the only one on his side is a man with dark secrets. Trey hopes Kuro will stick around to see what the future holds for them once the dust settles, but from the looks of things, neither of them may survive to find out.