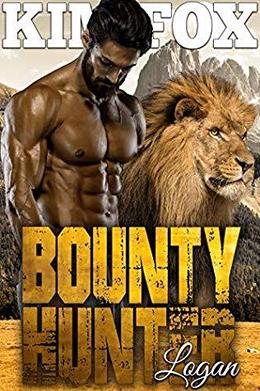 Logan Barnes is a mess. After losing an arm in a battle, the depressed lion shifter can no longer play guitar in his band and is nothing but a burden to his crew who are in desperate need of some serious firepower. He's convinced that he's useless and all he wants to do is crawl into a hole and never come out. He won't even release his stir-crazy lion because he is terrified to find out if his inner animal is missing a limb as well.

After a year and a half of unjust captivity, Elodie Fournier is finally free. But she's changed and fears that she will no longer fit into the world she once belonged to. She wants a life back, any life back, but feels lost and hopeless, just like the grumpy one-armed lion shifter who is in charge of watching over her.

Both Logan and Elodie are in vulnerable places, but will they continue their constant arguing or will they lean on each other for support? And will they be able to find strength in each other in time for the new deadly threat that is creeping toward the Clayton Rock Ranch?


Find out in The Clayton Rock Bounty Hunters of Redemption Creek book three by Kim Fox!
Why not read the series in order? It's much more enjoyable: Start with Ryder, Grant, Logan, and next up, Mack!
more
Amazon Other stores
Bookmark Rate Book

The 'The Clayton Rock Bounty Hunters of Redemption Creek' series