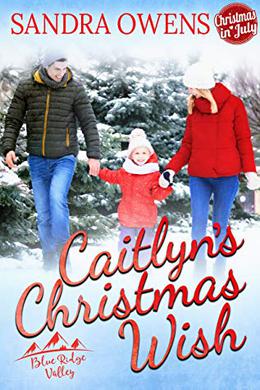 A surprise daughter, an unlikely attraction, and a Christmas wish…

Dax Stockton is finally content with his life, especially since his new position as manager of an animal rescue is so blessedly free of human drama…. until pretty southern belle Taren Blanton brings drama of a totally different sort to his orderly world. Taren is from a wealthy and powerful political family. A woman far out of his league. He is military trained, so he can just discipline her right out of his head.

Taren has no idea why the grouchy former SEAL growls at her whenever she tries to talk to him. Even more surprising is why he fascinates her so. Because no matter how gentle he is with the animals, he’s just not her type. Not even close. When Dax learns he has a daughter, he seems so lost, and Taren’s heart goes out to him. A daughter is a precious gift, and no one knows that better than her. The loss of her own beloved baby broke her, but just maybe this gruff man with the gentle hands and his daughter can heal her. And in return, maybe she can show Dax and his little girl how to be a family.

Can one little girl’s wish and the magic of Christmas bring together two wounded souls, giving her the family she desperately wants?
more
Bookmark Rate Book
Amazon Other stores