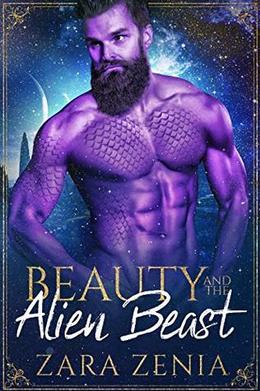 An alien prince in search of a mate. A human female running for her life. A love written in the stars…
When the Trilyn made their pact with the people of Earth to take seven fertile brides for their seven princes in exchange for their alien technology, they never anticipated how hard it might be to find a perfect genetic match.

Prince Manzar has struggled through four years of banal social events, socializing in hopes of finding his mate. His dark, brooding temperament and unhuman appearance have made it even more difficult for him. When a political dissident seeks refuge in Manzar’s palace and brings along his daughter, Andromeda, Manzar never anticipates she will fill the void in his life and offer him a way to continue his species.

Andromeda “Andi” LaBelle struggles against her near-captivity at Prince Manzar’s palace. She doesn’t appreciate being confined or the controlling, gruff nature of the handsome Trilyn keeping her and her father safe.

When the dissidents attack and their lives depend on Prince Manzar’s ability to protect them, Andi realizes the alien’s gruff, militaristic nature that has scared her away is precisely what she craves and needs.

Will Manzar be able to save Andi and her father from the forces working against them, or will his fight to find his mate end in heartache?

Beauty And The Alien Beast is part of the Trilyn Alien Fairy Tales Series. This is a science fiction romance story uring a free spirited human female and a dominant alien prince in search of his mate. Each book in this page-turning science fiction series has no cliffhanger, no cheating, and a guaranteed happy ending!
more
Amazon Other stores
Bookmark Rate Book

Similar books to 'Beauty And The Alien Beast'

More books like 'Beauty And The Alien Beast'   ❯

Buy 'Beauty And The Alien Beast' from the following stores: