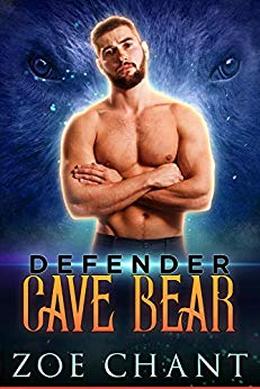 Two damaged people. One deadly enemy.
And a pair of hell-raising flying kittens....

Tirzah hacked into a shady agency’s computers to get proof of their evil deeds...and uncovered a secret so wild it can’t possibly be real.

Shapeshifting supersoldiers on the run from their creators? A lab studying captive mythical creatures? It has to be some bored employee’s fantasy novel. Right?

Then the flying kitten turns up. And the assassins. And the gargoyles.

But just because Tirzah uses a wheelchair doesn’t mean she’s helpless. Okay, so some secret organization is gunning for her? She’s going to gun right back... and she knows exactly who can help her. If she can track him down...

Pete was once a Recon Marine. That was before he was abducted and turned into a monster. Now he's escaped his prison... but in his heart, he’s still in chains.

It’s not just his ferocious cave bear he has to hide. For the safety of everyone - his team of misfit shifters, his family, and especially his thirteen-year-old daughter - no one can discover what his captors did to him.

He can’t let himself get close to anyone.

Until the most gorgeous woman he’s ever seen hacks her way through all his defenses, to offer him a job he can’t refuse...

Zoe Chant returns to the thrilling and heartwarming world of Protection, Inc. with a new team of misfit shifters!

What paranormal romance fans are saying about this irresistible series:

★★★★★ "This book had me on the edge of the seat wanting to know what will happen next."

★★★★★ "Funny and heartwarming while still being unique and inventive."

★★★★★ "The characters are so relatable that it feels almost like family."

★★★★★ "Once I started this series I was unable to stop until I finished the entire thing."

'Defender Cave Bear' is tagged as: