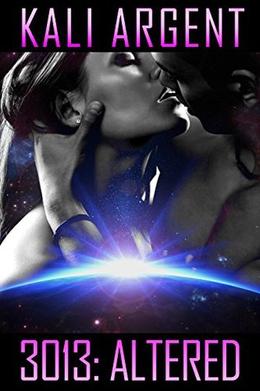 Commander Ivy Dalton doesn’t believe in luck or chance. Everything in her life—her career, her ship, the respect of her peers—she’s worked hard to earn. When she and her crew are attacked during an exploration mission, sending her ship crashing onto an unidentified planet, her only concern is finding a way to contact the Alliance. She never expected a single, tiny incident in the infinite reaches of space to challenge all she thought she knew about fate, destiny, and…love.

For thousands of years, King Kai Blackthorn has ruled over the people of his planet with selflessness and compassion, never taking anything for himself. Recently, however, he’s grown weary, malcontent, and the loneliness that has plagued him for centuries has become too pronounced to ignore. Then all that changes with the unexpected arrival of one sassy blonde with luscious curves and a dangerously sharp tongue.

Caught in the midst of intolerance and corruption, two strangers from different worlds struggle to find a way to coexist. Kai can’t abandon his people, and Ivy can’t imagine a life grounded in one place. But fate will not be ignored. Decisions must be made, compromises that will change the course of their lives. For no matter which destination they choose, the journey will leave them forever altered.
more
Amazon Other stores
Bookmark  Rate:

'Altered' is tagged as:

All books by Kali Argent  ❯

Buy 'Altered' from the following stores: