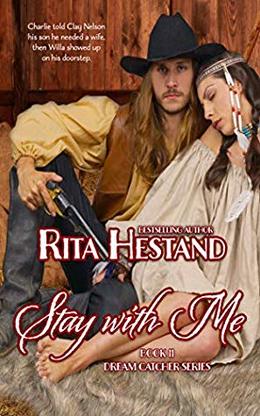 Charlie Nelson was worried about his son. He was thirty with no wife or children. That is until Willa and her father arrived one raining day. Willa's father had just taken her from the Indian reservation, and they brought with them a angry bunch of Indians who wanted to take her baby from her. Despite his efforts to stay away from the beautiful Indian breed, Clay Nelson found himself falling in love for the first time in his life. But besides the Indians that wanted her child back, Clay's neighbors weren't happy with them being there either. When Willa's father died, Charlie promptly hired her as their cook and housekeeper, with an ulterior motive. He'd seen the immediate attraction between his son and the beautiful breed.
more
Amazon Other stores
Bookmark  Rate:

'Stay with Me' is tagged as:

Similar books to 'Stay with Me'

Buy 'Stay with Me' from the following stores: