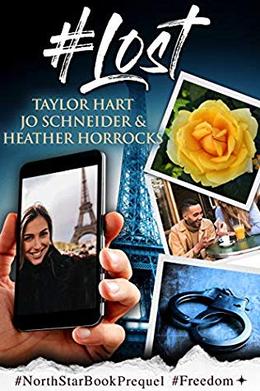 The Billionaire's daughter and the man she left with! Will he get her back?

All billionaire Cyrus Black wants is a chance to spend a month in Paris and repair the fractured relationship with his wife and daughter. But things don’t go as planned. Frantic, he realizes his daughter has left without telling anyone where she’s going. When he finds her phone dumped in a garbage can, he grows even more frantic. Though the police assume it is a kidnapping, and tell him to wait for a ransom note, he calls in associates who might help him find her.

Teenager Marcella Black is looking forward to spending time with her parents, especially her father whom she’s hardly seen since her parents separated. But when her father is late—as usual—and her mother is having a melt-down, and she can’t face the fight that’s sure to come, she turns to the only person who understands her—@JamesKind. She met him briefly in Paris last year and has since fallen in love with him. When he asks her to come meet him, she happily goes. Because he loves her, too, right?

When the expected ransom note doesn’t arrive, Cyrus fears his daughter might be #lost—maybe forever.

Buy '#Lost' from the following stores: