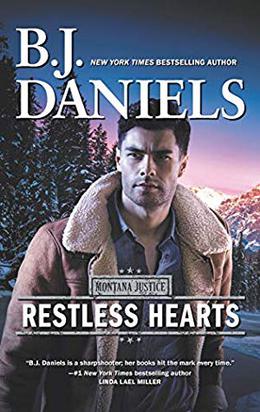 Years ago, a Montana judge delivered his own brand of justice to teens who needed a second chance. Those rebels are now grown up, grateful and ready to return the favor.

When Blaze McClintock hears her estranged father has been accused of murder, she knows he’s going to need all the help he can get. But asking Jake Horn for a favor all these years later is the last thing she ever wanted to do.

Together Blaze and Jake were like a wildfire when they were teenagers—they burned hot and they left destruction in their wake. That fire is still between them, but has it tamed their restless hearts?
more
Amazon Other stores
Bookmark  Rate:

'Restless Hearts' is tagged as:

All books by B.J. Daniels  ❯