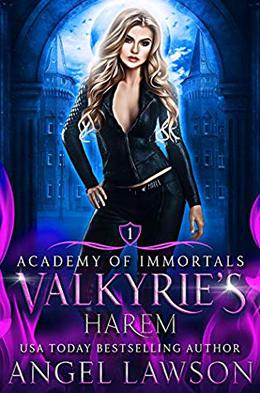 Life after defeating the Morrigan isn't the same. Not for Morgan and the Raven Guard, not for the six, sexy, Immortals freed from servitude and living in the Nead's basement.

And especially not me, a Valkyrie, stricken with grief and loss.

My best friend, Morgan and her husbands, are determined to move on, build a family, and live in peace, but the fates aren't satisfied. There's a new battle on the horizon and the gods demand the warrior's fight.

Lucky for the Guardians there’s more than one warrior with a death wish in this house.

The Legion of Immortals can’t pass up a good fight, even if they’re not happy to have me along, and typically, nothing goes as planned when we cross realms.

Roles are reversed. Boundaries are crossed. Relationships are formed. Redemption is sought.

The 'Academy of Immortals' series