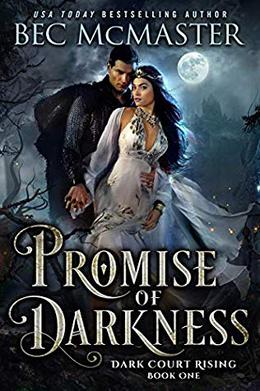 Princess. Tribute. Sacrifice. Is she the one prophesied to unite two warring Fae courts? Or the one bound to destroy them?

In a realm ruled by magic, the ruthless Queen of Thorns is determined to destroy her nemesis, the cursed Prince of Evernight.

With war brewing between the bitter enemies, the prince forces Queen Adaia to uphold an ancient treaty: she will send one of her daughters to his court as a political hostage for three months.

The queen insists it’s the perfect opportunity for Princess Iskvien to end the war before it begins. But one look into Thiago’s smoldering eyes and Vi knows she’s no assassin.

The more secrets she uncovers about the prince and his court, the more she begins to question her mother’s motives.

Who is the true enemy? The dark prince who threatens her heart? Or the ruthless queen who will stop at nothing to destroy him?

And when the curse threatens to shatter both courts, is her heart strong enough to break it?

Join USA Today bestselling author, Bec McMaster, on a seductive journey through a mythic land, with a wicked prince who holds a thousand secrets, a princess determined to uncover the truth, and an evil queen who threatens to tear them apart. Download this epic fantasy filled with magic and breathtaking romance today!

What everyone is saying about Bec McMaster:

"Action, adventure, steampunk, and blazing hot seduction...Bec McMaster offers it all." –Eve Silver, author of Sins of the Flesh

"Amazing! This is by far the best dragon book I have read since Dragonbound by Thea Harrison. In fact, its one of the best fantasy romance books I have ever read." —LAB for Heart of Fire
more
Bookmark Rate Book
Amazon Other stores

Similar books to 'Promise of Darkness'

Buy 'Promise of Darkness' from the following stores: