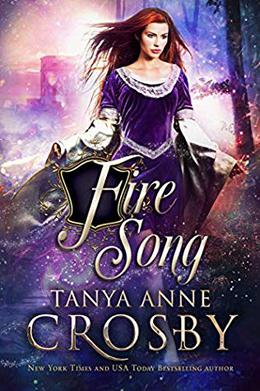 Praised for her beauty and grace, deep down, Seren Pendragon fears a tempest rising inside her. Her mother is a witch, her sisters are in peril, and she has been promised to a beast of a man who's already conspired against one king. When she and her youngest sister seize an opportunity for escape neither realizes how much their struggle will cost. Alas, it will take a tragedy to unleash Seren’s inner fire.

The Bastard of Warkworth is no stranger to misfortune. Everything he held dear vanished one night in a wisp of smoke, and he has been scarred by his encounters with Seren's mother, Morwen Pendragon—mentally and physically. Even so, when one of the witch’s daughters finds herself in trouble, Will must find the champion within himself and ride to her rescue.

'Fire Song' is tagged as:

The 'Daughters of Avalon' series