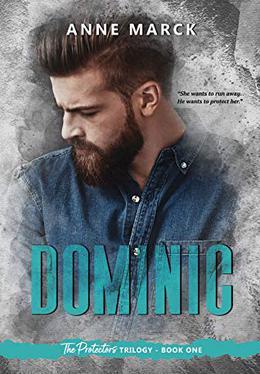 Dominic has overcome a miserable childhood where he struggled to protect himself and his younger siblings from the dangers of living on the streets. Now he dedicates his life to doing everything in his power to prevent others from going through what he did.

Luna was ripped from her stable life and is now on the run from her greedy stepfather. When looking for food in a community center’s trash, Dominic catches her red-handed.

She wants to run away.

He wants to protect her.

What Dominic doesn’t expect is for the girl to worm her way into his heart.

To resist the overwhelming temptation of this innocent girl will be the biggest challenge of his life.
more
Amazon Other stores
Bookmark  Rate:

'Dominic' is tagged as:

The 'The Protector's Trilogy' series

All books by Anne Marck  ❯

Buy 'Dominic' from the following stores: