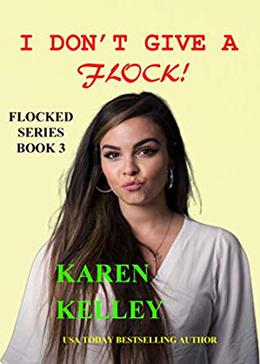 Yes, I probably shouldn’t have slid down my boss’ banister, but it was a long, hard, and inviting banister. How could I have known that he would come back early from vacation, that I wouldn’t be able to stop, or that I would fly off the end, knock him down, and end up on top of him? And no, people, my you-know-what did not land on his face!

Except there was a slight problem with the shipment.

Women usually want one thing from me—money. But when Shannon slides down my bannister, I know I want her. I have a feeling she might actually be different from all the others. She’s funny and smart. And hot. Did I mention hot? I can’t seem to get the image of her sliding down my banister out of my mind.

Then the brownies arrive. The best I’ve ever had.

Yes, Shannon is good. Real good. I should’ve known she was like all the others. How the hell could I have ended up in Vegas, married to the biggest con artist of them all?
more
Amazon Other stores
Bookmark  Rate:

Similar books to 'I Don't Give a Flock'

Buy 'I Don't Give a Flock' from the following stores: