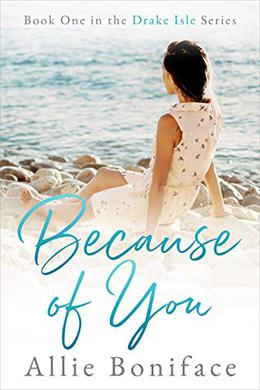 Ten years ago, Piper Townsend fell to her death from the top of a fraternity house, and no one on Drake Isle has ever been the same. Blake Carter's fraternity was scandalized. Misterion College closed down altogether. And Blake's girlfriend, Emerson Doyle, fled the island after her best friend died and never looked behind her.

Blake's the CEO of a multi-million dollar tech firm looking to relocate to the island. Emerson owns a yoga studio in the building he wants to buy. They haven't spoken in ten years. They're on opposite sides of the bargaining table.

And the more Blake and Emerson fight both the past and each other, the more they realize that coming to terms with tragedy is their only chance of finding love again...
more
Amazon Other stores
Bookmark Rate Book

Similar books to 'Because of You'

Buy 'Because of You' from the following stores: