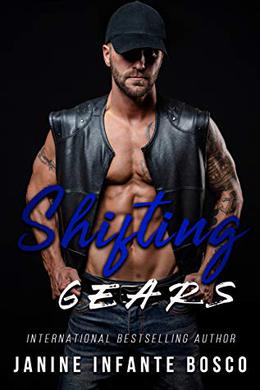 They’re called one-night stands for a reason. If you’re lucky, there’s a lot of mind-blowing sex and then you never have to see or speak to the person again. It’s fun and uncomplicated. In my case, Bash hightailed it to the airport the next morning so I definitely never expected to run into the former prospect for the Charon MC again. But when his mother passed, he dragged his pipes all the way from Texas to New York, and now he’s crashing at the Satan’s Knights clubhouse. Which also happens to be where I work and the scene of our one-night crime. If I thought forgetting the orgasm champ was hard before, it just became damn impossible.

Grief can shake a man, make him question his whole damn life and have him taking chances he never thought he’d take. Chances like moving to Staten Island, New York. Chances like prospecting for a new club. Chances like being around a certain fiery bartender who has been in my head since we shared one incredible night. Even though I should be completely focused on earning my colors, there’s a part of me that wants to chance chasing Lydia Gallo for more than one night. I want to break down her walls and uncover every one of her secrets...patch be damned.

*Editorial note: Shifting Gears is the first book in the Satan's Knights Prospect Trilogy and is a spin-off from Khloe Wren's Charon MC universe. It can be read and enjoyed as a standalone.*
more
Amazon Other stores
Bookmark  Rate:

'Shifting Gears' is tagged as: