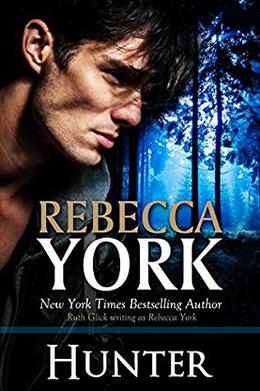 Kathryn is hired to socialize a criminal whose memory had been erased. But the better she gets to know him, the more she fights to strip away the lies she'd been told and get to the heart of the man. Even as the two of them grow to care deeply for each other, she knows that every move she makes only puts her in graver danger. Does the man who named himself Hunter have the skill and the cunning to save her life? And what if he has to sacrifice himself to do it?

Acting out of character, Hunter has defended himself by decking a man before going off to take a shower. The staff are all afraid of what he will do next. Kathryn volunteers to bring him out.

She wanted to bolt from the room. But she remembered the face of the man on the road. She’d seen a bleakness behind his eyes that had wrenched at her heart. No wonder, when you considered the implications of Emerson and Winslow’s callous conversation.

Instead of running away, she crossed the tile floor on unsteady legs and dropped quickly onto one of the benches.

There was no noise from inside the shower room besides the steady dripping of water. And she could see nothing beyond the billowing steam.

“Hello. It’s Kathryn Kelley. Do you remember me? We met while you were on your run. I’m in the locker room.”

She sat staring into the mist, wondering if he had heard. Or if he even remembered her, for that matter, she thought with a jolt. If they’d been feeding him mind-altering drugs, there was no telling what they’d done to him.

After several seconds she saw a form moving indistinctly in the vapor. A tall, man-shaped form. Moving closer. Moving slowly on feet that were silent as a cat. Then he stepped through the doorway and into the locker room, and she couldn’t hold back a gasp. A towel was draped across his shoulders. Otherwise, he was as naked as the day he was born.

She saw her own feeling of shock mirrored on his face as he came to an abrupt halt, staring at her with a mixture of recognition and astonishment. Well, he remembered her, all right. Apparently, their meeting had been as unique for him as it had been for her.

The disbelief vanished as he continued to regard her, standing comfortably with his feet several inches apart. He was tall and intimidating, towering over her where she huddled on the bench. Droplets of water clung to his skin. His dark hair was wet, making it look almost black.

“You were with McCourt,” he said, his features filling with a roiling mixture of emotions before he got control of them.

But this was no time for fantasies or recklessness. One wrong move and she could be in serious trouble. The two of them were alone, and he could hurt her if he wanted, she reminded herself. The thought of rape leaped into her mind, to be dismissed at once. He wasn’t looking at her like a would-be rapist. In fact, he didn’t look as if he were trying to embarrass her or make a point about a woman invading the guys’ locker room. There was no smirk on his face—only an expression that had become carefully neutral.
more
Bookmark Rate Book
Amazon Other stores

All books by Rebecca York  ❯

Buy 'Hunter' from the following stores: