Kat Got Your Tongue 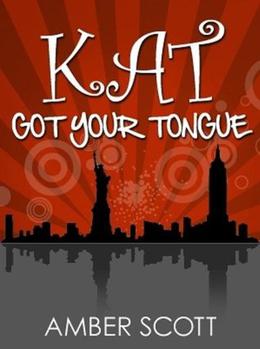 Growing up in the rural bounds of Texas, Kat Got Your Tongue follows a young, determined and a tad promiscuous adult, as she trades her shoeless summers for the demanding streets of the big, bad city. Leaving behind her adoring younger brother, fickle older sister and two naive parents, she finds herself in the midst of all the cities commotion. Set in upper Manhattan this fictional story highlights Katarina Kolton, a mid-twenties creative arts director and her group of close-knit, all male friends through the single life in NYC. A once, love struck college student, Kat now finds herself a rebel to the whole monogamous love scene and shows her dedication by bringing home a new girl each night. Finding herself “gifted” with the ability of swooning women with just a few smoothly positioned words, she takes Brayden Owen under her wing as she attempts to make her protégé a well-expressed Casanova. Unknown to Kat, Brayden has a sister and the aspiring author may pose a challenge as Kat attempts to live through the vows she made to keep her heart at a distance.
more
Amazon Other stores
Bookmark  Rate:

'Kat Got Your Tongue' is tagged as:

Similar books to 'Kat Got Your Tongue'

Buy 'Kat Got Your Tongue' from the following stores: