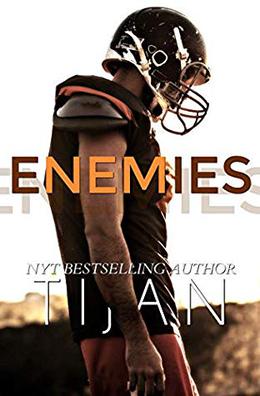 Stone Reeves was my neighbor, and I've hated him since sixth grade.

Gorgeous and charismatic, he became the town's football god, while I became the town's invisible girl.
He went to a Division 1 school for football, while my father was fired by his father.
His team won the National Championship, while my mother died the same day.

He was a first round pick for the NFL ...
... while I made the worst decision of my life.

Now I'm in Texas trying to pick up the pieces of my life.
But, Stone is here.
Stone is everywhere .

Because for me, he always has been and always will be my enemy.

Buy 'Enemies' from the following stores: