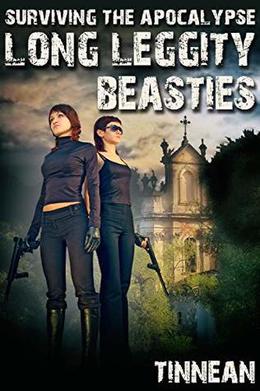 Sequel to Surviving the Apocalypse: Pandemic

Dark deeds are being done, and Jenn Canaday, a special agent with the FBI, has been assigned to look into them. This takes her to New Mexico, where cattle are being rustled and people are going missing -- one of them the niece of the state’s governor.

Meg Parkinson is a sheriff’s deputy in the small town of Laurel Hill. She and Jenn had once spent a steamy week together, but then Jenn had sent her away, something Meg hasn’t gotten over, as reluctant as she is to admit it.

When Meg notices that the homeless camp on the edge of her town has become deserted, Jenn is brought into her vicinity to aid in the investigation. Will the former lovers be able to work together? Can they rekindle the flame that had once burned so brightly? And will they learn what’s behind all the disappearances without disappearing themselves?
more
Amazon Other stores
Bookmark  Rate:

'Surviving the Apocalypse: Long Leggity Beasties' is tagged as: