Touched by Lightning (Love and Light #6) 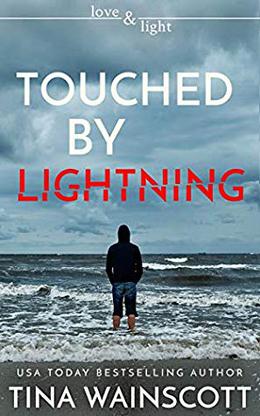 Since his death three years earlier, his life hasn’t been the same…


Nikki
In the West Palm Beach homeless scene lives a young woman in tattered clothes. Every night she is haunted by the frightening secret that drove her to a furtive and anonymous life.


Adrian
New York City fashion photographer Adrian Wilde is a man with everything—except love. When he is struck by lightning, it’s not his life that flashes before his eyes; his soul connects with a beautiful woman in a fiery explosion. In the three years since, the one person who touches his heart is only a specter in his dreams. Even if she was real, she must be dead. So, why can’t he move past her?


Then, as he’s going over photographs of a recent Florida shoot, he spots his dream girl in the background. Adrian is determined to find her … and rescue her from what looks like a tenuous life. And when he learns why she’s hiding, he must gain her trust to put a murderer behind bars … and free them both.


⭐⭐⭐⭐⭐ “Author Tina Wainscott continues to make a name for herself by bringing a new and refreshing twist to all her engrossing tales.” RT Book Reviews
more
Amazon Other stores
Bookmark Rate Book

The 'Love and Light' series

Similar books to 'Touched by Lightning'

All books by Tina Wainscott  ❯

Buy 'Touched by Lightning' from the following stores: