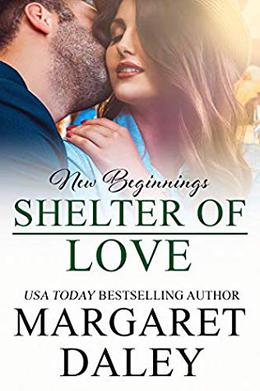 Therapy dogs. Second Chances. Forgiveness.
A hospital social worker, Abbey Harris, along with her therapy dog, is drawn to Madison Winters, a little girl who has gone through multiple surgeries and the death of her parents in a plane crash. Dominic Winters, Madi’s millionaire half-brother, loves his eight-year-old sister but is at a loss how to help her heal physically and emotionally. He reaches out to Abbey to help him give Madi what she needs to overcome the tragedy she’s been dealing with for the last six months.

Both Abbey and Dominic have a past that has haunted them for years. Can they overcome their past to make a future together and a home for Madi?
more
Amazon Other stores
Bookmark  Rate:

'Shelter of Love' is tagged as:

Similar books to 'Shelter of Love'

All books by Margaret Daley  ❯

Buy 'Shelter of Love' from the following stores: