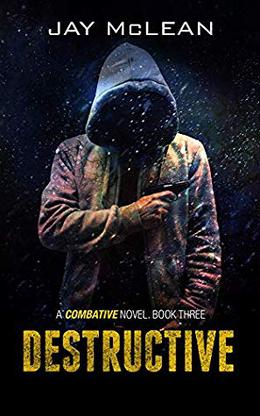 Nate DeLuca was born into a life he didn’t want.
Forced to walk a path that was already chosen for him.
Grandson to a mob boss, he’s forever torn between his duty, his honor, his legacy, and the truth.
But the truth is never simple, and it’s not at all what it seems.

In a world full of secrets, heartache, and betrayals, Nate only has one thing on his mind: redemption.
But with redemption comes destruction.
And that destruction might cost him his heart.
***
Three Lives.
Two Loves.
One ticking time bomb…
Tick tock.
more
Amazon Other stores
Bookmark  Rate:

'Destructive' is tagged as:

Buy 'Destructive' from the following stores: