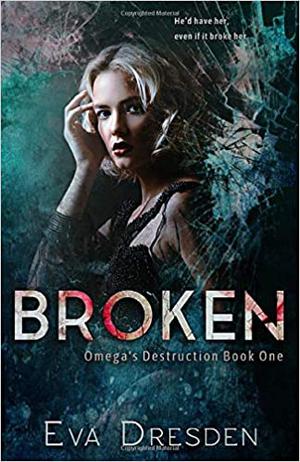 Quinn Ivers scrapes by one day at a time in a world where Omegas are viewed as less than nothing and are subject to the whims of others. Slinging drinks in a nightclub with a wicked reputation, she just wants to make it to the next day. Her world is rife with an array of dangers, but it's hers and she answers to no one.

Until Tobias Kahler appears and ruins everything, including her.

The man who owns the city has set his eyes on the waitress, and he won't be denied. Merciless and without remorse, he'll do anything to make her his and keep her by his side for a purpose Quinn could never have guessed at.

Even when broken, she will fight to keep her sanity and herself alive, enduring whatever evils are thrown at her.

For the spark of hope buried under all the pain, she'll do a lot more than that.


Broken is the first book in the Omega's Destruction Trilogy, a raw and thrilling Omegaverse tale. It is not a traditional romance, containing dark themes and complete power exchange. Scenes are not glossed over, which may be distressing for some readers.
more
Bookmark Rate Book
Amazon Other stores

Trapped
Trapped
(The Cost of Desperation #2)

Desperate
Desperate
(The Cost of Desperation #1)

All books by Eva Dresden  ❯

Buy 'Broken' from the following stores: