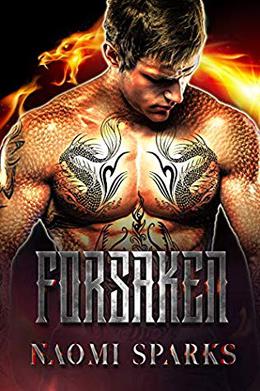 He marked a beautiful warrior as his mate to save her life.

He didn’t know that she was the most powerful witch on earth. Or that she could be the key to his destruction...or salvation.

Evil dragons stole her daughter. She’ll do anything to get her baby girl back.

She doesn’t trust dragons, but this one saved her life. Still, the powerful dragon offering aid is merely a means to an end. In return for helping her save her daughter, she’ll fight alongside him.

He’s fighting for survival. She’s fighting for her family.
Now isn’t the time to fall in love.
But when his dragon recognizes her as his mate, he’ll do anything to protect her and her baby.
more
Amazon Other stores
Bookmark  Rate:

'Forsaken' is tagged as:

Buy 'Forsaken' from the following stores: