The Dragon Prince of Alaska (Royal Dragons of Alaska #1) 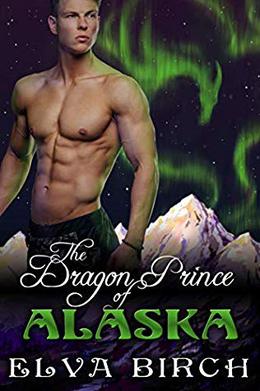 An unplanned promotion to princess!

Carina was just trying to advance to manager at her accounting firm. Instead, she uncovered the dirty secrets of a giant bank, got framed for murder, and fled the country. Now she’s hiding out in a van with a stray dog in the kingdom of Alaska…

...And a gorgeous park ranger is telling her that she’s his destiny (and also, camping illegally on royal land).

Before she knows it, she’s whisked off to a palace on the arm of a dragon shifter (!) prince and fitted for a crown...because she’s been chosen by an ancient magic spell to be the mate of the next king of Alaska.

As the youngest (and arguably most unsuitable) prince, Toren never thought that he would be tapped to rule, but he knows that Carina is worth the weight of his new duties. Now he’s just got to figure out how to be a king, and even more importantly, how to protect his queen-to-be from old enemies...and new foes who will stop at nothing to see Alaska fall.

From the creator of the addictive and off-beat Shifting Sands Resort series comes a fresh new world of secret shifters and hidden magic. Set in an alternate world Alaska, where being a princess is more hiking boots and field hockey than it is tiaras and balls, THE DRAGON PRINCE OF ALASKA is a steamy, standalone, fast-paced paranormal romance adventure.
more
Amazon Other stores
Bookmark  Rate:

'The Dragon Prince of Alaska' is tagged as:

The 'Royal Dragons of Alaska' series

Similar books to 'The Dragon Prince of Alaska'

More books like 'The Dragon Prince of Alaska'   ❯

Buy 'The Dragon Prince of Alaska' from the following stores: