A Lovely Drop: A Story of the NeverNeath 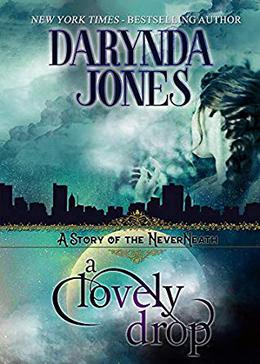 A woman who claims to do the impossible...

Andrea Grace comes from a long line of women who can do the impossible: They can eavesdrop on the past. But ever since her mother's suspicious death, Andrea has led a half-life, guarding herself from those who would kill to get their hands on her. From heads of states to the most violent criminals craving what she has to offer, every drop she makes puts her at risk.

But one fateful night, Andrea decides to anonymously help authorities solve a murder, a particularly horrendous one, and she gets a taste of what it feels like to use her powers for good. And she's hooked. She continues solving crimes with no one the wiser and does so for years until one single mistake gets her caught. And what does she do to get out of the bind she finds herself in? She tells the ludicrous, inconceivable truth.

...meets a man who believes her.

Special Agent Sebastian Strand is almost desperate enough to believe the girl's claim that she can see through the veil of time. Almost. But when he tests the defiant redhead and discovers her gift seems as real as the resentment she wears like a bulletproof vest, he asks for her help to stop a terrorist.

Now, the only element Andrea's been able to control her whole life is the only thing she needs more of as she races against time with an FBI agent hell-bent on saving the world. But will she be too late to save the embittered man's life? Or will she lose her own life, not to mention her heart, before time runs out?
more
Amazon Other stores
Bookmark  Rate:

'A Lovely Drop: A Story of the NeverNeath' is tagged as:

Similar books to 'A Lovely Drop: A Story of the NeverNeath'

More books like 'A Lovely Drop: A Story of the NeverNeath'   ❯

Buy 'A Lovely Drop: A Story of the NeverNeath' from the following stores: