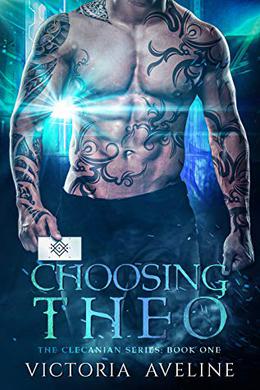 Being kidnapped by aliens is only the start of Jade's problems. Thankfully, her rescuers, an alien race known as the Clecanians, are willing to protect her, but she has to stay on their planet for one year and respect the rules of their culture--including choosing a husband. Jade refuses at first but decides to play along until she can find a way back to Earth.

Theo, a scarred mercenary who prefers a life of solitude, is stunned when Jade selects him as her husband. After years of being passed over, he never imagined he would be chosen and neither did anyone else. Only one explanation makes sense…the curvy enticing female must be a spy, and Theo’s determined to break her cover using any means necessary.

As Jade and Theo are forced to spend time together, their chemistry becomes undeniable. But neither can afford to bring love into the equation, especially since Jade seems determined to go home. After all, she can't possibly stay here, right?
more
Amazon Other stores
Bookmark  Rate:

'Choosing Theo' is tagged as:

All books by Victoria Aveline  ❯