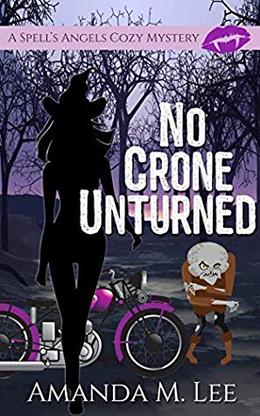 Scout Randall is on the verge of getting information about her past. Patience has never been one of her virtues, though. As she’s waiting for her source to get settled, a new problem arises … and it has fangs.
When she was a kid, a chance encounter in a park left Scout questioning the existence of monsters. Now, one of those potential monsters is back … and he’s taken up residence in Hawthorne Hollow. He isn’t alone either.
Vampires are on the prowl and it’s up to the Spell’s Angels to figure out what they want and eradicate them through any means necessary. That’s easier said than done, though.
Scout can’t shake the feeling that something bigger than the obvious is happening, and when her boyfriend’s close friend is infected, she realizes she has to increase her efforts if she wants to save as many people as possible.
One vampire is deadly. A nest, though? That can be catastrophic. In this particular case, the head vampire trying to infiltrate Hawthorne Hollow has a plan … and it involves turning as many people as possible.
It’s a race against time. Scout has to keep those closest to her safe while expanding her search for answers. In the end, she might get more than she bargained for on both fronts … if she can survive long enough to see the light at the end of the tunnel.
more
Amazon Other stores
Bookmark  Rate:

'No Crone Unturned' is tagged as:

Similar books to 'No Crone Unturned'

Buy 'No Crone Unturned' from the following stores: