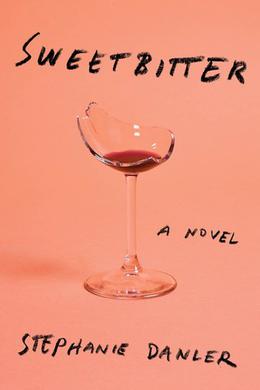 A lush, thrilling debut--a publishing event already the subject of an article in The New York Times--about a year in the life of a uniquely beguiling young woman, set in the wild, alluring world of a famous downtown New York restaurant.

"Let's say I was born when I came over the George Washington Bridge..." This is how we meet unforgettable Tess, the 22-year-old at the heart of this stunning debut. Shot like a bullet from a mundane past, she's come to New York to escape the provincial, to take on her destiny. After she stumbles into a coveted job at a renowned Union Square restaurant, we spend the year with her as she learns the chaotic, punishing, privileged life of a "backwaiter," on and off duty. Her appetites are awakened, for food, wine, knowledge and experience; and she's pulled into the thrall of two other servers--a handsome bartender she falls hard for, and an older woman whose connection to both young lovers is murky, sensual, and overpowering. These two will prove to be Tess's hardest lesson of all. Sweetbitter is a story about discovery, enchantment, and the power of what remains after disillusionment.

Buy 'Sweetbitter' from the following stores: