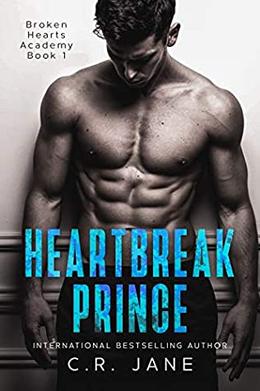 Soulmates. I believe in them. I was lucky enough to have two of them at one point.

The only problem. My soulmates happened to be twin brothers.
Caiden was the light to Jackson's dark. And after all that I had been through, the light was what I thought I needed.

When I chose Caiden, I lost Jackson.

Feeling like half a person after Jackson left, I barely survived when tragedy struck and I lost Caiden too.

It took me years to admit to myself that I had chosen wrong from the beginning. I’m ready to admit it to Jackson...only problem, he hates me.

I’m ready to fight for my happily ever after.

But there’s a reason they call him the Heartbreak Prince.
more
Amazon Other stores
Bookmark  Rate:

'Heartbreak Prince' is tagged as: