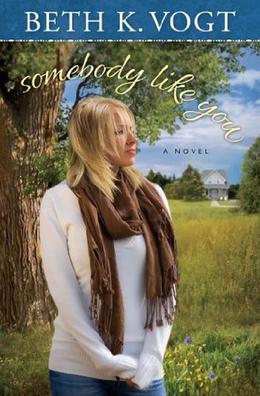 In this beautifully rendered, affecting novel, a young widow’s world is shattered when she meets her late husband’s identical twin—and finds herself caught between honoring her husband’s memory and falling in love with his reflection.Haley’s whirlwind romance and almost three-year marriage to Sam, an army medic, ends tragically when he is killed in Afghanistan. As she grapples with widowhood and the upcoming birth of her son, her attempts to create a new life for herself are ambushed when she arrives home one evening—and finds her husband waiting for her. Did the military make an unimaginable mistake when they told her that Sam had been killed?

After a twelve-year estrangement, Stephen hopes to make things right with his brother—only to discover Sam died without revealing Stephen’s existence to Haley. As Haley and Stephen struggle to navigate their fragile relationship, they are inexorably drawn to each other. Haley is unnerved by Stephen’s uncanny resemblance to Sam, and Stephen struggles with the issue of Haley loving him as Stephen—and not as some reflection of his twin. How can Haley and Stephen honor the memory of a man whose death brought them together—and whose ghost could drive them apart?

Somebody Like You reminds us that while we can’t change the past, we have the choice—and the power through God—to change the future and start anew.
more
Amazon Other stores
Bookmark  Rate: