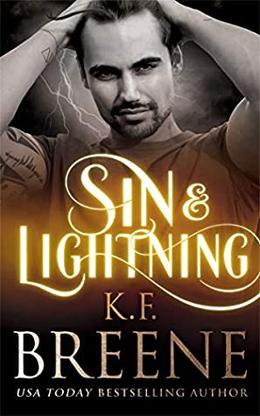 One thing has become incredibly clear to Alexis and Kieran, if they hope to last in the arena of Demigods, they'll need a more robust defense team.

They must take two incredibly dangerous journeys, seeking the prized talents other Demigods would kill for. Except, there is a reason other Demigods don't have these magical workers--they are as ruthless as they are dangerous, and the last thing they want is to be on a Demigod's team.

If that isn't enough, Alexis has received an invitation from Demigod Lydia, the only Hades Demigod who hasn't openly declared war. She's talking like they could be allies, but those of Hades cannot be trusted. A trap is just as likely as a handshake. Still, it's a chance they must take.

Any one of these trips could be their last, but to back down would be the most dangerous of all.
more
Amazon Other stores
Bookmark  Rate:

'Sin & Lightning' is tagged as:

The 'Demigod of San Francisco' series