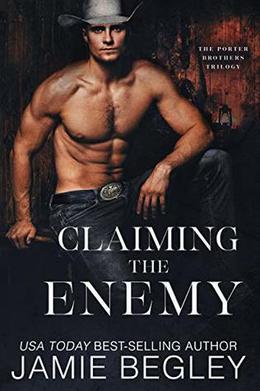 The Porter brothers were raised to live and die by Three Rules.
One, a Porter always keeps what’s his.
Two, a Porter stands his ground.
Three …

Dustin never had to search for his true love. They used to play and get in trouble together, shared a playpen, and their mothers used to be best friends. But that was before their fathers made them enemies and changed the course of their lives. Now the Porters stayed on their side of the mountain while the Hayes stayed on theirs.

Believing it was easier to coexist as frenemies with Jessie Hayes rather than changing the Porter stubborn ways, Dustin was content with booty calls, raising his son, and growing weed as a side business … until he heard her screams. Now he was going to show a murderer just how much they had underestimated this Porter brother. And he was going to have to break his father’s last rule: Leave no enemy standing … to claim the enemy that held his heart.

*WARNING*
This work of fiction is intended for mature audiences only. All sexually active characters portrayed in this ebook are eighteen years of age or older. Please do not buy if strong sexual situations, rape, violence, drugs, child abuse, and explicit language offends you.
more
Amazon Other stores
Bookmark  Rate:

'Claiming the Enemy: Dustin' is tagged as:

Buy 'Claiming the Enemy: Dustin' from the following stores: