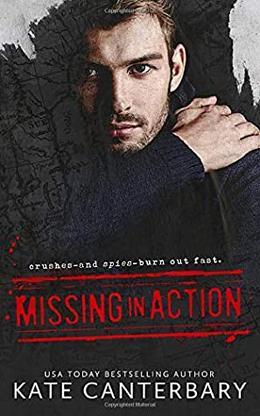 Former Navy SEAL turned covert agent Wes Halsted spent his days—and weeks and months—being someone else. But with his cover blown and his injuries requiring months of recuperation, he must learn how to be himself again. Only…he'd rather save his issues for another day and get to know a stressed-out, suited-up businessman instead. Tom Esbeck has everything under control. Meal plans, workout plans, project plans, five-year plans. A plan for everything and everything according to plan. Except there's no plan for a surprise—and shirtless—encounter with the built-for-sin spy he'd crushed on years ago. But crushes—and spies—burn out fast. MISSING IN ACTION is a full-length steamy contemporary romance standalone with strong ties to the Walsh Series.
more
Amazon Other stores
Bookmark  Rate:

'Missing in Action' is tagged as:

Similar books to 'Missing in Action'

Buy 'Missing in Action' from the following stores: