One Moment Please (Wait With Me #3) 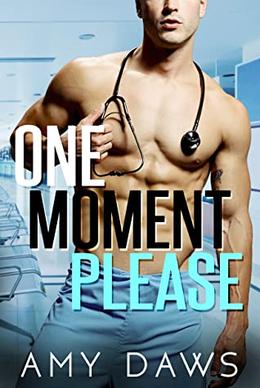 That awkward moment when an ER doctor has to inform you that you’re pregnant…with his baby.

Three things Dr. Dick knows: he doesn’t talk about his past, he doesn’t do relationships, and the crazy girl in the hospital cafeteria who ate a fistful of French silk pie…is annoyingly irresistible.

After a chance meetup at a bar and a heated cab ride together, things come to a head and now instead of hating each other, they’re horizontal in a bed.

Three months later, the weird cafeteria stalker who crept out of Dr. Dick’s house like a thief in the night, winds up as his patient in the ER after her Tinder date from hell.

Dr. Dick is prepared to keep it cool and professional. That is until her bloodwork reveals that she’s pregnant.

What really throws him for a loop…is that the surprise baby…is his.
more
Amazon Other stores
Bookmark  Rate:

'One Moment Please' is tagged as:

The 'Wait With Me' series

Similar books to 'One Moment Please'

Buy 'One Moment Please' from the following stores: