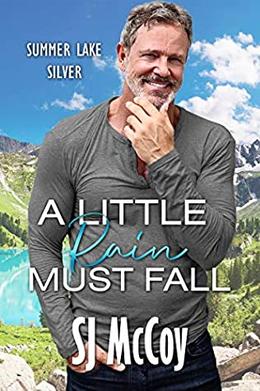 You may have heard the line ‘Into each life some rain must fall.’ It’s true for every one of us. We’ve all lived through some hard times, but they don’t have to destroy us. It’s what we do after the rain that determines whether we allow ourselves to find happiness again.

Ted and Audrey have both known the rain. In fact, they’ve each weathered their fair share of storms.

Audrey’s thirty-year marriage ended when her husband traded her in for someone the same age as their children. It’s taken her a few years since then, but she’s finally ready to step out and become a new version of herself.

Ted’s moved on and built himself a good life after the storm that devastated his world many years ago. He’s rich and successful; he’s rebuilt the bond with his son and his family. Life is good, and at his age, he’s not even looking for great.

When these two meet, they bring a ray of sunshine into each other’s lives. But will another storm threaten their new-found happiness?

Grab your copy of this heart-warming romance today and follow these two fifty-somethings as they discover that ‘behind the clouds the sun is still shining.’

This book is intended for readers age 18+

Summer Lake Silver series features couples in their fifties and older. Just because a few decades - or more - have skipped by since you were in your twenties it doesn’t mean you can’t find love, does it? Summer Lake Silver stories find happily ever afters for those who remember being thirty-something—vaguely.

A Dream Too Far - Seymour and Chris

'A Little Rain Must Fall' is tagged as:

Similar books to 'A Little Rain Must Fall'

More books like 'A Little Rain Must Fall'   ❯

Buy 'A Little Rain Must Fall' from the following stores: