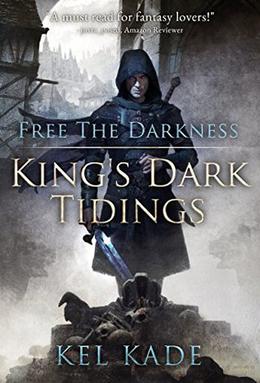 Raised and trained in complete seclusion at a secret fortress on the edge of the northern wilds of the Kingdom of Ashai, a young warrior called Rezkin is unexpectedly thrust into the outworld when a terrible battle destroys all that he knows. With no understanding of his life’s purpose and armed with masterful weapons mysteriously bequeathed to him by a dead king, the young warrior relentlessly pursues his only lead. A single elite warrior escaped during the battle and may have knowledge of who Rezkin is and who is responsible for the slaughter at the young man’s home.

Rezkin must travel across Ashai to find the one man who may hold the clues to his very existence. His last orders, spoken on the lips of his dying Master, were to "Kill with conscience" and "Protect and honor your friends." Living in isolation from the outworld under a strict regimen of training and education, the young warrior has no understanding of a conscience or friends. Determined to adhere to his last orders, Rezkin extends his protection to an unlikely assortment of individuals he meets along the way, often leading to humorous and poignant incidents.

As if pursuing an elite warrior across a kingdom, figuring out who he is and why everyone he knows is dead, and attempting to find these so-called friends and protect them is not enough, strange things are happening in the kingdom. New dangers begin to arise that threaten not only Rezkin and his friends, but possibly everyone in Ashai.
more
Amazon Other stores
Bookmark  Rate:

'Free the Darkness' is tagged as:

Similar books to 'Free the Darkness'

All books by Kel Kade  ❯

Buy 'Free the Darkness' from the following stores: