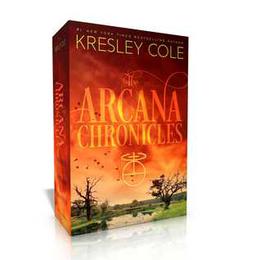 The characters on Tarot cards are real.

The Huntress, the Fool, Death, the Lovers…and eighteen other Major Arcana all exist. These warriors, femme fatales, magicians, and devils each have uniquely lethal powers.

It’s kill or be killed—and they’re coming for me.

To survive, I’ll have to embrace my own terrifying abilities—and team up with dangerously handsome Jack Deveaux. He wants to fight by my side, facing off against the ruthless and seductive Death Card, but in a world without rules, villains become allies, and allies can turn…

'The Arcana Chronicles' is tagged as:

Similar books to 'The Arcana Chronicles'

Buy 'The Arcana Chronicles' from the following stores: