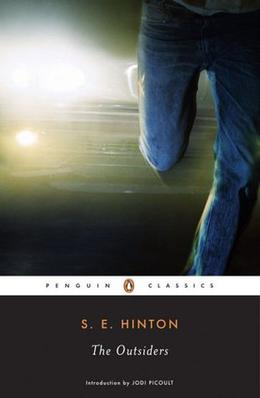 In Ponyboy's world there are two types of people. There are the Socs the rich society kids who get away with anything. The there are the greasers, like Ponyboy, who aren't so lucky. Ponyboy has a few things he can count on, hid older brothers, his friends, and trouble with the Socs, whose idea of a good time is beating up greasers like Ponyboy. At least he knows what to expect--until the night things go too far.

When it was first published in 1967, The Outsiders struck an immediate chord with its readers. Defying convention, the groundbreaking novel became a touchstone of honesty and excellence in its genre. As Jodi Picault observes in her perceptive introduction, it continues to resonate with its powerful portrait of the bonds and boundaries of friendship.
(back cover)
more
Bookmark Rate Book
Amazon Other stores

Similar books to 'The Outsiders'

Buy 'The Outsiders' from the following stores: